Published on May 7th, 2012 in Fair Share Housing Development 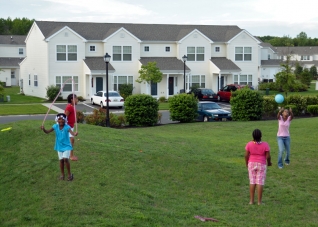 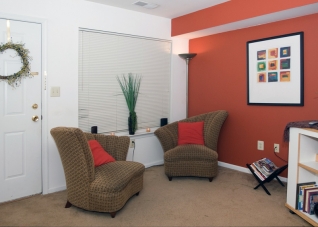 Interior of an apartment at Ethel R. Lawrence Homes.

Ethel R. Lawrence Homes Is Subject of First-Ever Study of Costs and Benefits of Affordable Housing in High-Opportunity Neighborhoods

Is there any basis to the fears that typically lead suburban residents to oppose the construction of affordable housing projects in middle-class communities: namely, that such housing leads to increased crime, deteriorating property values, higher taxes, stressed schools and more traffic?

These were the questions a team of researchers led by Princeton University Professor Douglas Massey investigated during a two-year-long study of FSHD’s flagship development, Ethel R. Lawrence Homes (ERLH), an attractive townhome-style development in Mount Laurel, NJ, a middle-class suburb of Philadelphia, PA.

The results of the research were presented and discussed on April 26, 2012 at a special forum entitled, “Forty Years After Mount Laurel: New Findings on the Effects of Affordable Housing,” which was sponsored by Princeton University’s Woodrow Wilson School of Public and International Affairs. At the forum, Doug Massey introduced new research, based on the experience of Ethel R. Lawrence Homes, a 140-unit, 100 percent affordable family rental project developed in Mount Laurel, NJ, that demonstrates that many of the fears of the ill-effects of affordable housing are “unfounded.” To watch a video of the forum, click here.

The Princeton University study, which got under way with funding from the MacArthur Foundation, is the first of its kind to measure the costs and benefits of affordable housing for the high-opportunity communities that house them and for the poor families that live in them. Dr. Massey’s team chose to focus on ERLH because the development was the subject of a three-decade-long battle opposing its construction. To read the Q&A with Doug Massey that was published on April 22, 2012 in The Star-Ledger, click here.

ERLH is named after Ethel R. Lawrence, a teacher, wife and mother of nine who is known as the “Rosa Parks of affordable housing.” Lawrence is renowned for braving racist threats against her life to get affordable housing built in her hometown, upscale Mount Laurel, NJ.

Mrs. Lawrence, joined by civil rights lawyers including FSHD’s Founder Peter J. O’Connor, began their fight in the late 1960s, took the case all the way to New Jersey’s Supreme Court and won in the nation’s most sweeping and most often cited decision prohibiting towns from discriminating against the poor through exclusionary zoning. The decisions in the landmark case are known nationally as the Mount Laurel Doctrine.

But it wasn’t until 2000 that ERLH was finally able to open its doors – some six years after Ethel Lawrence herself had died. The development, with its 140 townhome-style apartments, built on 62 beautifully landscaped acres, would have made Mrs. Lawrence proud: ERLH has been praised for promoting racial integration and deconcentrating poverty as well as providing educational support programs in a safe environment. In 2001, the development received the Governor’s prestigious “Excellence in Housing Award.” To read more about Ethel R. Lawrence Homes and how the Mount Laurel Doctrine has improved the lives of ERLH residents, click here.

The Princeton University study looked at census and administrative data to undertake a time-series analysis of trends in crime, property values, traffic congestion, taxes, school performance before and after 2000, comparing trends in Mount Laurel with those in similar surrounding communities. It also surveyed ERLH residents to assess their personal, household, neighborhood and school circumstances before and after relocation. Neighbors were interviewed to assess their perceptions of how conditions in the community have changed since 2000. Doug Massey summarized his team’s research in the May/June issue of Poverty & Race. The study will be published soon in book form. FSHD will offer more details when publication information is provided to us.