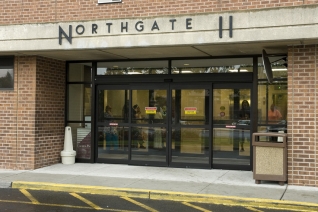 Northgate II, located on three square blocks in North Camden, offers an oasis of safety and stability in one of the poorest and most dangerous cities in the nation. The project was developed as part of the urban renewal effort in the late 1970s and was intended to begin the revitalization of the North Camden neighborhood. Northgate II consists of 402 affordable rental units divided into a 23-story high rise with 308 apartments for the elderly and disabled on one entire block and 94 family units in 14 garden apartment buildings covering two city blocks.

The complex boasts on-site management, maintenance, and security staff. In addition, Northgate also enjoys an on-site social service department staffed by full-time employees including three social workers who are bilingual in English and Spanish. The staff provides health, mental health, social, recreational, and cultural programs and they refer tenants to a wide range of community services.

In 2006, FSHD completed $2.2 million in renovations at the low-rise units, supplemented by an nearly $1 million in additional improvements between 2007-2010.

Also in Spring 2011, Northgate II launched a wellness program that aims to cut millions in Medicaid expenses by dramatically improving healthcare for the poor. FSHD’s sister nonprofit, Fair Share Support Services, which operates the social services department at Northgate II, is partnering with the Camden Coalition of Healthcare Providers on this exciting project, which launched the first demonstration Medicaid Accountable Care Organization in the State of New Jersey. For information on how to apply for housing at Northgate II, please click here.